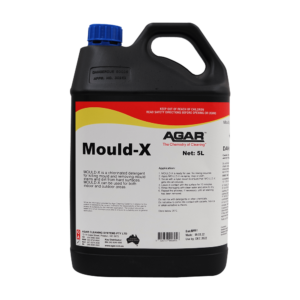 MOULD-X is a mould exterminator for killing mould and mildew. It removes mould stains and dirt from hard surfaces. MOULD-X can be used for both indoor and outdoor areas.

How Does It Work?

MOULD-X contains available chlorine which is present in solution in the form of sodium hypochlorite and hypochlorous acid. Hypochlorous acid is a powerful germ-killing agent which kills mould and mildew. MOULD-X also contains caustic alkali and detergents to provide an excellent cleaning action.

Do not use for cleaning alkali-sensitive polished floors.

There are no reviews yet.

Be the first to review “Mould-X”